A native of Washington D.C., Stephen L. Crawford grew up in a rich musical environment. His high school experiences included working with such notable conductors as Roger Wagner, Gregg Smith and Daniel Pinkham. Stephen attended The Hartt School of Music where he earned a Bachelor of Music in Choral Music/Conducting/Voice. Stephen opened his private vocal studio in Connecticut in 1982 and in Manhattan in 2001 and joined the faculty of The Hartt School of Music Community Division in 1986. Stephen has studied voice with William Diard, Samuel Gordon, Peter Harvey and Nancy Stokes-Milnes. In addition, he has coached with Joan Dornemann and Nico Castel from The Metropolitan Opera.

Stephen received his training in healing arts at The Southwest Institute of Healing Arts in Tempe, AZ and has completed his Reiki Master Teacher training privately with Deborah Dickinson. He also completed his certification in Transformational Life Coaching at the Southwest Institute of Healing Arts and is a certified transpersonal hypnotherapist, He is a member of the International Association of Coaches, the American Board of Hypnotherapy and a member of the Reiki Association. 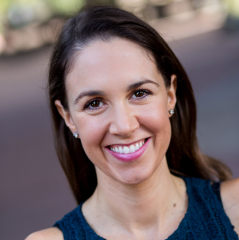 Amanda DeMaris, soprano, has been heard on opera, recital, and concert stages singing such repertoire as Lucy in The Telephone, Papagena in The Magic Flute, and soprano solos in Handel’s Messiah and Mozart’s Vesperae. She holds the degree BM in vocal performance from Ithaca College, MM in vocal performance from New England Conservatory, and EdD from Columbia University’s Teachers College.

DeMaris has taught at Cornell University as a visiting lecturer, Ithaca College as a lecturer and assistant professor, and at Columbia University and the New England Conservatory as a teaching assistant. Her students have gone on to perform with Forbidden Broadway, Vocal Essence Ensemble Singers, cruise ships, and numerous summer stock companies. In 2015, she joins the faculty of Arizona State University as Clinical Assistant Professor of Voice.

DeMaris is a member of the National Association of Teachers of Singing, New York Singing Teachers Association, and Pi Kappa Lambda. Her conference presentations have included the Voice Foundation’s 38th Annual Symposium, ISME’s World Conference in Bologna, Italy, Arizona Music Educators Association, and NATS National Conference. Her research interests include musicianship for singing, and self-directed learning in the applied voice studio. Her work has been published in the Journal of Singing. 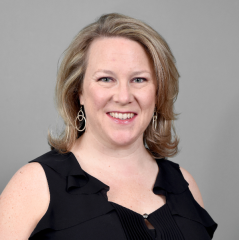 Stephanie Weiss, mezzo-soprano, is an Assistant Professor of Voice at Arizona State University’s Herberger Institute for Design and the Arts School of Music. She earned her  Bachelor of Music from New England Conservatory (voice), Bachelor of Science from Tufts University (biology and drama), Master of Music from University of Missouri-Kansas City, Professional Studies Diploma from Mannes College of Music, and Doctor of Musical Arts from University of Nevada, Las Vegas. Previously, she was Assistant Professor of Voice at University of Nevada, Las Vegas, a Teaching Fellow with the Metropolitan Opera Education Department, and has served on the faculty of COSI (Centre for Opera Studies in Italy) in Sulmona, Italy. Since 2010, she has been on the voice faculty at AIMS in Graz.

A San Diego native, she was a Midwest Regional Finalist of the Metropolitan Opera National Council Auditions and at Mannes College of Music, a recipient of a Richard F. Gold Career Grant from the Shoshana Foundation. As the winner of the American Berlin Opera Foundation Competition (now called Opera Foundation), she became a member of Deutsche Oper Berlin as a Stipendiatin and continues to be a regular guest artist with the company. Roles at the Deutsche Oper Berlin have included Frasquita (Carmen), Musetta (La bohème), Erste Dame and Zweite Dame (Die Zauberflöte), Gerhilde and Grimgerde (Die Walküre), and Schlafittchen (Berlin premiere of Das Traumfresserchen), Marianne Leitmetzerin (Der Rosenkavalier), Aufseherin (Elektra), Johanna [cover] (Szenen aus dem Leben der Heiligen Johanna), and Venus [cover] (Tannhäuser) in the company’s tour to Beijing.

In the U.S., her most recent appearances have included the Sorceress (Dido and Aeneas) with Opera Company of Middlebury, Berta (Il Barbiere di Siviglia) and Suzuki (Madama Butterfly) with Opera Las Vegas, and Marianne Leitmetzerin (Der Rosenkavalier) and Giannetta in L´elisir d´amore with the San Diego Opera.

On the concert stage, she debuted with the Berlin Philharmonic as the Cook in Le Rossignol under the baton of Pierre Boulez. She has also sung the role of Rose in Lakmé at Carnegie Hall with Opera Orchestra of New York under Eve Queler. She performed Wesendonck Lieder with the Henderson Symphony Orchestra, Mahler’s Lieder eines fahrenden Gesellen and Symphony No. 4 with the L’viv Philharmonic (Ukraine), and Santuzza in Cavalleria rusticana with Singakademie Potsdam.